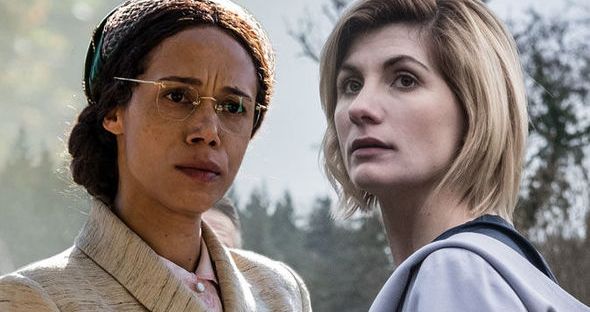 My mind is blown.

Taking on such an important story and such a delicate story was a brave move, of which I was nervous about how they would handle it. From start to finish I was enthralled. I laughed, I cried, I was angry and I felt helpless. This has got to be the most powerful episode of Doctor Who ever written?! And it has certainly shot into my top 5 episodes of all time.

I love that the writers showed us numerous times how pungent racism was, starting off with Ryan being slapped round the face by touching a white woman, trying to return the glove she had dropped. I certainly wasn’t expecting this scene, but it was such a powerful introduction to Alabama in the 1950s.

I also really liked the fact that they didn’t have aliens or monsters running around the city, to distract from such an important story. Again, wonderfully handled with a subtle villain to create a ‘doctor who’ story line.

And to the most powerful and most important scene, Rosa refusing to give up her seat on the bus. I loved everything about this scene, even the use of pop music. I want to particularly give credit to the the actors who portrayed such emotion on their faces, it hit me in my gut. Just wow.

What a wonderful way to teach younger children about what people had to do, to get us to where we are today, and that one decision we make, can be enough to make a change.

View all posts by marieclaresworld